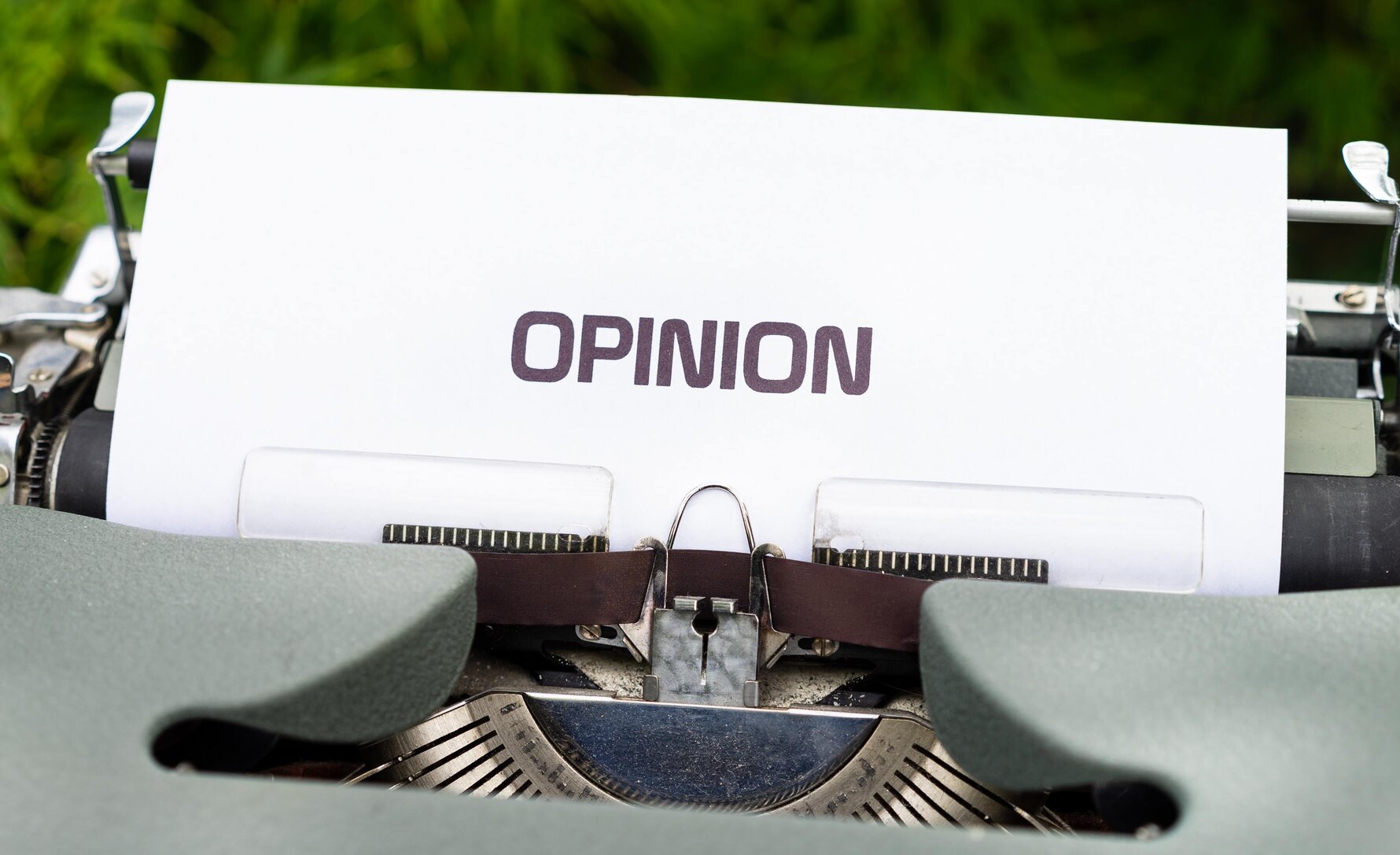 The 2020 coronavirus outbreak in China has been declared a global health emergency and concern is growing over its potential to become a pandemic. With over 600 fatalities to-date, the scale of the human tragedy cannot be ignored and is increasing by day.

Beyond its tragic human impact on the residents of Hubei province, China more broadly, and the rest of world, the outbreak’s economic consequences are also mounting.

Disruption is radiating from the world’s second-largest economy across international supply chains and commercial networks. It is testing their resiliency and the contingencies put in place to mitigate the impact of international crises such as viral outbreaks.

For global trade professionals, the outbreak is a reminder of the broad level of awareness, strategic thinking, and adaptive capability needed in todays’ uncertain and complex operating environment.

Given the scale of outbreak and its threat to global supply chains, the GTPA spoke with Rob Handfield, Executive Director of the Supply Chain Resource Cooperative at North Carolina State University to discuss the virus’ impact on supply chains and the need for preparedness.

The virus: what we know so far

Coronaviruses typically cause illnesses that range from the common cold to more severe cases of fever, pneumonia, and death. They typically infect animals first – often via bats – and then make the jump to humans, as in the case of Severe Acute Respiratory Syndrome (SARS) in 2002-04 and Middle East Respiratory Syndrome (MERS) in 2012-15.

The current coronavirus is a new strain not previously identified in humans. With a fatality rate of just 2% amongst known cases, the novel virus appears less lethal than MERS (fatality rate of 26%) and SARS (12%) but spreads more quickly.

Progress is being made on a vaccine, but it remains unknown as to when the crisis will be brought under control or even if it has peaked.

“If you boil it down to what is more relevant to businesses and markets, the issue is how far and long it will spread and whether and when there will be a vaccine,” Mr Handfield notes.

Globally, over 30,000 people have now been infected with the virus, well surpassing the 8,000 cases of SARS and 2,500 known cases of MERS. Around 3,000 new infections are being reported per day and over 250 people have been infected outside of Mainland China as of the time of writing.

The outbreak’s economic impact is expected to be larger than SARS, which claimed 800 lives and cost the global economy an estimated USD 33 billion, or 0.1% of world GDP in 2003. China’s economic output has grown more than eight-fold since then and its share of global trade has doubled, sharply increasing the international implications of this latest outbreak.

Analysts note that past viral outbreaks have tended to result in short but sharp drops in economic output before past levels of activity are restored, typically within one-to-three quarters.

China’s growth is likely to fall to 5% in Q12020 or perhaps lower due to the virus, according to Chinese economists, down from 6% in Q42019 which was already a near-30 year low. It is expected to be the most abrupt slowdown in Chinese growth in nearly 10 years.

Containment measures have left around 60 million people living in virtual lockdown in Hubei province, the outbreak’s epicentre. The measures have impacted nearly every sector of the domestic economy, with travel, tourism, entertainment and associated industries like catering amongst the worst affected. This is having severe knock-on effects for international businesses operating in China or those connected to it.

Several MNCs, from Google to Ikea, have closed or extended the holiday closure for some of their production facilities across the country. Others are barring staff from traveling to China or recommending against non-essential travel.

Airlines are reducing or halting flights to Chinese destinations, airports around the world are screening arrivals from China, and outright entry bans for foreigners who have recently visited China are in place in some countries. Economists expect travel restrictions to cost the US tourism industry alone more than USD 10 billion over 2020 and 2021 and project a four-year recovery period to fully rebound from the impact.

While China still produces several of the low-value products it was manufacturing during the SARS outbreak in 2003, the country has moved far up the value chain since then to produce advanced products and components.

For foreign manufacturers, the country is often be the single source of critical of components that cannot be readily imported from elsewhere. GE for example relies on Chinese factories to produce components for a range of advanced products, from aircraft engines to x-ray machines.

Hubei is one of six of central Chinese provinces that supply one-third of the country’s migrant labour force. As the Lunar New Year holidays come to an end, workers may not be willing or able to return to factories, offices and production facilities due to domestic travel restrictions and ongoing voluntary or mandatory closures.

“Fear of this virus will make it so that there are supply chains that are effectively shut down,” Mr Handfield notes.

“When people don’t go to work, supply chains shut down. You don't have truck drivers doing picks ups, you don’t have shipments crossing borders, suppliers have to close factories which creates lots of consequences.”

This is highly disruptive to domestic logistics and to international links as well. Suspension of air routes cut off not only the flow of tourists and business travellers, but also the ability to ship cargo travelling in belly holds and aboard dedicated freighter services.

Analysts expect trans-pacific airfreight shipments to be disrupted with limited capacity for at least the next two months as a result of the outbreak, even if Chinese factories return to normal operations shortly.

A wake-up call for preparedness

The current crisis is a wake-up call to companies who have become very or overly reliant on a single market as a production base, Mr Handfield says. “People have taken for granted that these trade routes have been open for so long that once you start to shut these down, there can be severe economic consequences.”

“Were supply chain and procurement professionals ready for this crisis? Yes and no”, Mr Handfield explains. “Typically, businesses will have continuity plans and governance procedures in place, that’s what we saw in previous outbreaks.”

“But the issue is that these plans will be in place, the boxes will be ticked, but in fact the companies haven’t really worked them through to make sure they’re stress-tested and effective.”

The current outbreak is dominating headlines, but it is just the latest international crisis that has tested the resilience of multinational supply chains, Mr Handfield notes. Their impacts have not just been limited to the largest Tier 1 suppliers in a network.

“There have been other crisis events like the Japanese tsunami a few years ago, where Tier 2 suppliers could just as easily shut down a supply chain as a Tier 1 supplier. You only need one part of your supply chain to shut down your production line, it doesn’t have to be multiple parts.”

To better prepare for and tackle the impacts of such crises on supply chains, businesses are starting to assemble functional committees dedicated to resilience issues, Mr Handfield says. “They’re taking a look at the plans, testing ‘what if’ scenarios, testing where the plans could fail.”

“Organisations with good leadership will take the time to study their supply chain, understand the vulnerability points, and determine mitigation strategies like identifying secondary sources of supply”, he adds.

“They’ll create value stream maps to better understand where their suppliers are located, using digital tools that give them information on events in different parts of the world and what impact they may have,” Mr Handfield says.

The future remains uncertain but ongoing disruption is likely

Looking forward, the various impacts of the outbreak are difficult to predict due to the complex nature of modern supply chains as well as the poor visibility companies may have across the lower tiers of their networks.

But barring disruption from travel-related restrictions, the impact on sentiment seems to have outweighed the impact on actual commercial activity so far.

“Overall, I think people are in a wait and see mode as to the consequences of this crisis,” Mr Handfield speculates. “There is still a lot of uncertainty.”

Considering a new viral outbreak of global significance may not have been top of mind for companies operating in China just a few weeks ago, the situation serves as a reminder for today’s managers to equip themselves with well-rounded skillsets and broad awareness of potentially disruptive events and mitigation strategies.

“I think these types of crises will become more common,” Mr Handfield cautions. “I don’t think it will just be once every ten years, there will be a much greater likelihood of disruption in the future.”

The coronavirus outbreak is the latest and an unfortunate demonstration of the crucial need for adaptive leadership skills to navigate disruption in today’s international business environment.

For more information on GTPA programs that can assist businesses in developing adaptive leadership skills, visit the GTPA website at www.gtpalliance.com.

Rob Handfield is the Bank of America University Distinguished Professor of Supply Chain Management at North Carolina State University, and Executive Director of the Supply Chain Resource Cooperative (http://scm.ncsu.edu).He also serves as Faculty Lead for the Manufacturing Analytics group within the International Institute of Analytics, and is on the Faculty for Operations Research Curriculum at NC State University.Prior to this role, Handfield served as Associate Professor and Research Associate with the Global Procurement and Supply Chain Benchmarking Initiative at Michigan State University from 1992-1999.He received his PhD in Management from the University of North Carolina at Chapel Hill.

Handfield has consulted with over 25 Fortune 500 companies, and his work has been cited in over 31,000 publications (Google Scholar).